Memorial Day weekend this year marked a time for Shaver’s Creek staff to honor those who served our country, and also one of its most notable teachers, Joan Turns.  Friday, May 23rd was Joan’s final day of overseeing school programming—no small cause for celebration, considering she has over 700 programs under her belt since she joined the staff in 1999.

“Joan is a marvel. Her organizational skills and attention to detail are second to none,” notes long-time coworker Doug Wentzel.

Laurie McLaughlin has also appreciated Joan’s well thought-out plans over the years. “Her love for Shaver’s Creek and all we stand for shines through in all of her programs, and she is one of the most organized and thorough people I know. Her presence will be missed!” 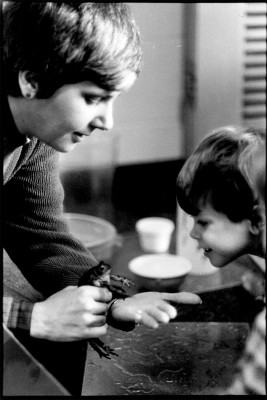 Joan first joined Shaver’s Creek Environmental Center as a volunteer in 1987, after sending her two boys to summer camps the Creek hosted. As her sons grew up to pursue work and recreation in the outdoors, Joan continued to inspire children from all over Pennsylvania to take a closer look at nature. She headed the entirety of educational field trips to Shaver’s Creek, where elementary students learn about native plants and animals and how to safely explore the woods.

As director of school programs, Joan believed in preserving their foundation and building on where she could.  She made it a point to enhance the animal stations with interactive props, and her organizational skills truly made teaching easier for the wide variety of people involved.

Former intern Matt Marsden mentioned how much he loved leading the 3H (“Herps, Hawks, and Habitat”) walks, where students participate in a scavenger hunt to find the best habitat for an animal. “It was so much fun hiding all of the clues and pictures… I may have had more fun than the students. That was a brilliant addition to an already solid table of experiences,” he said. 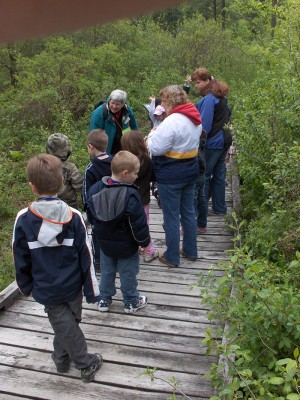 Perhaps one of Joan’s most inspirational efforts was making the field trips more accessible to underserved school districts.

“I think we’ve all experienced that kids just aren’t getting outside, and they’re afraid to be outside sometimes. So we give them kind of an easy entryway to explore the outdoors,” she said. “You never know how you’re touching even the adults who come here, and what they’re going to take away from it.”

Thanks to her and a donor, Shaver’s Creek can waive or reduce the program fee for many schools, and nearly fifty groups visit each year. Joan hopes that someday the bus transportation will also be waived so the program may truly be free for visiting children.

Fulfilling multiple roles at Shaver’s Creek, Joan also created most of the costumes used throughout the year, helping to foster the magic for children visiting for the Children’s Halloween Trail, Kids Corner, Outdoor School, and the Maple Harvest Festival. 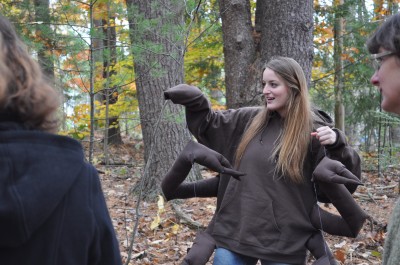 Considering the abundance of costumes she’s contributed, Joan mentioned, “We have coyotes, we have cats, we have an owl, we have a hawk, a ladybug, a turtle, a pumpkin, a moon. It’s generally fun for me to do because I look up a picture of the real animal, then try to make it as realistic within my capabilities as I can.” Her favorite to date is the garden spider.

Another part of the magic Joan feels inherent in Shaver’s Creek is the constant learning environment.  One of those moments occurred when she first trained to use the Barrred Owl for programs, holding her on her arm while walking along a path. As Joan was face to face with the owl she remembered, “You see those beautiful feathers around her eyes, and it’s just one of those truly awe-inspiring moments when you stand still and wonder about creation and how things are connected to each other.” 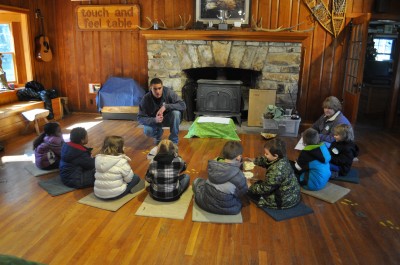 As much as the staff appreciates all of the animals at Shaver’s Creek, everyone also creates a culture of admiration for one another, Joan reflected.

“I never failed to leave here without somebody thanking me for coming. And I think that helps to bring people back—it’s what kept bringing me back again and again. You feel appreciated,” she said.

On behalf of the remaining Shaver’s Creek staff, we want to thank Joan one more time for all of her hard work and contributions to the center.  We wish her the best in her retirement plans: a trip overseas to spend time with her son and grandchildren, and hopefully a few lovely walks back at the Creek someday. Thank you, Joan, for all the children you have inspired and the students you have guided over the years at Shaver’s Creek. You will be remembered so fondly and greatly missed. 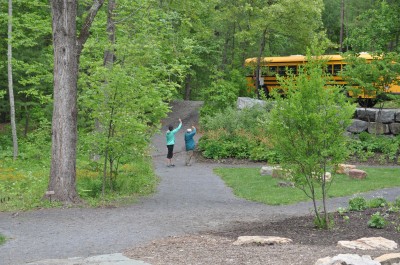 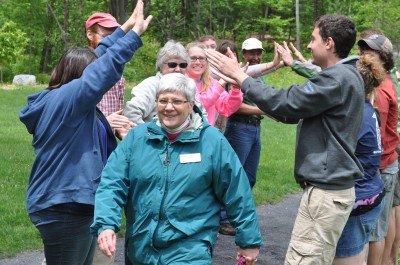 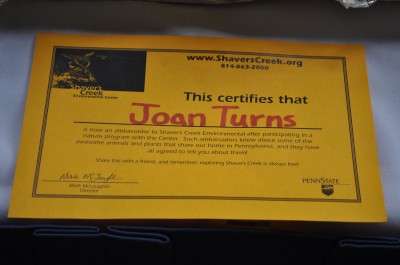