Valentine’s Day is just around the corner, and believe it or not, Pennsylvania has its very own resident bird to fit the occasion! Commonly we refer to this beauty, Tyto alba, as the Barn Owl, but it is also called the Spirit Owl, Monkey-faced Owl, Ghost Owl and of course, the Sweetheart Owl. 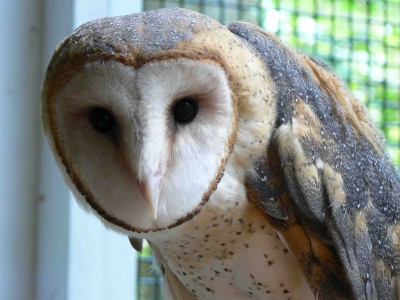 Now if any of you have ever approached a Sweetheart Owl, you will have quickly noticed that their demeanor suggests anything but sweetness. Quite the contrary—these owls take a vicious defensive stance when protecting either their mates or their territory. They drop their heads low to the ground, look you right in the eye, and swing their heads back and forth while clicking their beaks and hissing.

Farmers referred to them as Ghost Owls because they like to live in barns, and when they spotted a large white creature silently soaring towards them they were convinced they had seen a ghost. Now, however, they are often considered “friends” of farmers because they are an integral part of rodent control. Their diet is made up of about 90% rodents, but they will also consume birds, bats, reptiles, and insects. These owls need to catch around 74 rodents per night in order to support six chicks in a nest! Talk about busy parents! 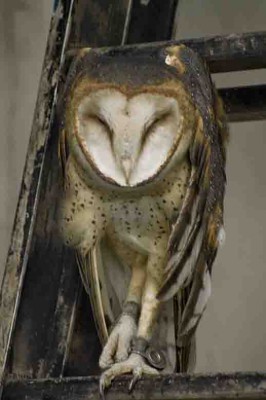 Sweetheart Owls are beautifully patterned with speckled white chests, white faces, and a heart-shaped facial disc. Curiously, when scientists conducted a study to observe how the number of female’s spots affected her mating life, they saw a correlation: the more spots a female had, the more prey the male provided for the nestlings.

A distinctive heart-shaped facial disc provides the owls with enhanced hearing—that outside ruff is made of stiff feathers that help direct sound right into the owl’s asymmetrical ears. Their ears are simply openings in their head surrounded by skin flaps, but while flying they can move these flaps and channel sound into their ears with the help of their disc to give them impressively accurate clues on where their prey may be hiding. This system is so good, in fact, that a Sweetheart Owl can hear a mouse located under three inches of snow!

These owls are typically a monogamous species, and work together to protect their nest. The male brings prey to the female, and while more than one pair might share the same hunting ground, they are generally quite territorial. They are capable of building their nests in a surprising array of locations, including tree cavities, cliff ledges, caves, burrows, barn lofts, church steeples, houses, nest boxes, haystacks, and other human structures. They have even been known to set up camp in drive-in movies screens. Talk about adaptive!  However, they do not prefer human structures to raise their young. They have adjusted their nesting locations to compensate for habitat loss among their preferred spots, and it is important for us to remember that they too need natural space to raise their young. 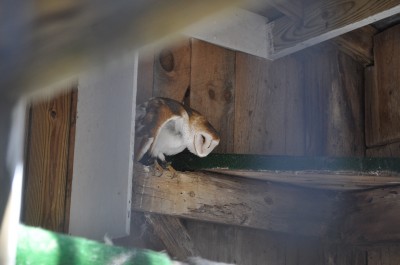 These birds have incredible adaptations, beautiful plumage, interesting history, and they are hard workers. Yet something else that has struck me about this species is how they take care of each other. All around us, animals demonstrate the ability to unconditionally care for their families. Even though our affection may stem from different instincts, there is a lot we can learn by observing these behaviors in nature. This Valentine’s Day, let us learn yet another lesson from nature: make like a Sweetheart Owl, and care for each other.