With the middle of May approaching, a lot of us are looking to the leafed-out trees in hopes of finding migrating wood warblers, thrushes, and flycatchers.  But to some, migration has already wrapped up and those birds are now sitting on eggs or caring for their young.

Hawk watching enthusiasts get an early start on observing spring raptor migration by sitting on top of mountain vistas, especially here in central Pennsylvania.  One in particular is our local Tussey Mountian Hawkwatch, which wrapped up the official 2014 season on April 25th.

Each year, with support of the State College Bird Club and our own Shaver’s Creek Environmental Center, a raptor counter is placed on top of Tussey Mountain to tally and observe migrating raptors traveling from their wintering grounds to their nesting territories. 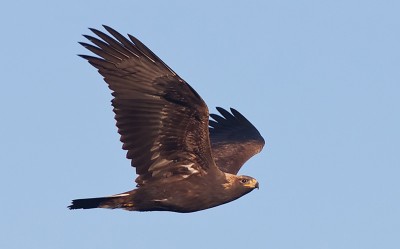 This site in particular is excellent for observing one of the most unmistakable and elusive birds in Pennsylvania, the Golden Eagle.  With counts reaching an average of 180 each spring, hawk watchers flock to Tussey to observe the highest concentration of Golden Eagles on the east coast.

This was my third season counting at Tussey, and once again, the weather at times was rough to withstand during the occasional skies empty of migration.  But in order to have the good days, one has to experience a not-so-good day.

And the rewards truly did come, with the season producing a total of 201 Golden Eagles—which by my standards is an excellent season.  Our biggest days saw 23, 26, and 32 individuals, and I would say the best Golden Eagle day was my last day on the mountain, with three immature eagles observed within five minutes of each other.

We also had excellent numbers of other species of raptors.  Red-shouldered Hawks flew past in large numbers with a total of 63 for the season and a daily high of 24, which is an excellent day count.  Ospreys came in large numbers as well, with a total of 141 individuals and a daily high of 35, making it the third highest record for day count—the highest being 45 on April 22, 2001.

However, this year we saw low numbers of Northern Harriers, with a total of 21—lower than the average of 39. I really enjoy watching harriers fly overhead, so this comes as a disappointment for me. 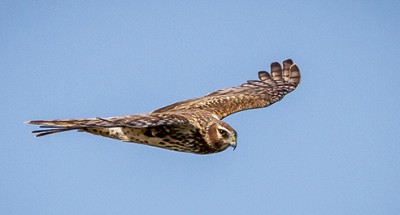 The American Kestrel average is 59 and this year’s count was at 40.  The Bald Eagle count was also a little low, but this could be due to my hesitation to count individuals due to their nomadic behavior on the watch.

What’s really neat about most of these numbers is that they coincide with the Winter Raptor Survey results that Greg Grove reported earlier in the year.

Overall it was great to be part of another spring migration in central Pennsylvania and I look forward to the fall, as these raptors travel once again to their wintering grounds.  Thanks again for all your support.

To sum up my daily experience on the watch I would like to leave you with the opening words of Chuck Fergus from The Wingless Crow:

“I went stump-sitting the other day. I walked up the mountain, stopped at the first stump I came to, and set myself down.  I had no idea what I would see.  Maybe a porcupine, an old gray-faced buck, or a hawk.  Maybe nothing.” 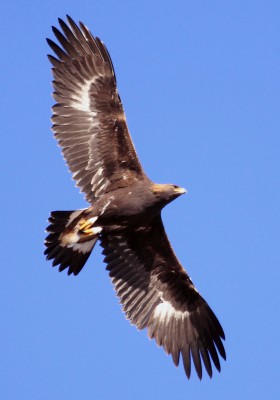