The Disappearance of the Little Brown Bats

Almost every Friday night during the summer, around 8:30 pm, a large group of families and summer camp staff gather in Grasshopper Glen, behind the raptor center, as the launching place for night hikes. Once everyone has arrived, the camp director introduces the night hikes—speaking of the beauty of the night, the sounds that emerge as the sky darkens, and the creatures that appear at this time. Bats naturally enter the conversation, and it soon becomes clear why the crowd is in this spot, facing the back of the Bald Eagle enclosure. It is a seemingly strange view until you take a closer look. Attached to the outside of the enclosure are three thin boxes, open at the bottom: bat boxes. The director goes on to say that in past summers, night hikes would begin in this very same place with hundreds of little brown bats flying out of the bat boxes and into the evening sky to search for food. However, on the six Friday nights that I stood in Grasshopper Glen this summer, not a single bat left a box on any night. There are currently zero bats living in the bat boxes at Shaver’s Creek. 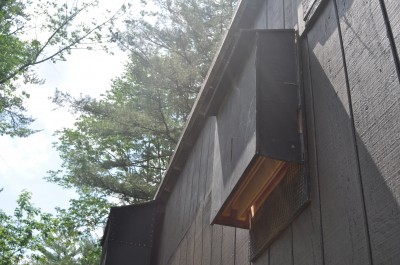 In 2006, a white fungus was noticed on the muzzles of little brown bats in a commercial cave in Schoharie County, New York. The fungus is now known as Geomyces destructans, the latter portion of the name referring to the destruction that the fungus has wreaked on bat populations in the northeastern portion of the United States. Since its discovery, the fungus has been responsible for the death of an estimated 5.7 to 6.7 million bats, with 90 to 100% mortality in some hibernacula. The exact way in which the fungus causes the death of the bats is not entirely understood; however, the fungus seems to colonize on their skin—specifically the muzzle, ears, and wings—likely irritating the bats to the point of arousal. (Another theory is that the fungus causes the bats to lose water through their skin, dehydrating them.) They then wake up and fly around, looking for insects or water which are not readily available in the winter months. Their fat stores are rapidly exhausted from this fruitless activity. During hibernation a bat’s body temperature drops fifty to sixty degrees, their heartbeat slows, and their immune system shuts down—halting this process mid-winter, with no resources for sustenance available, means the bats die of starvation and exhaustion. 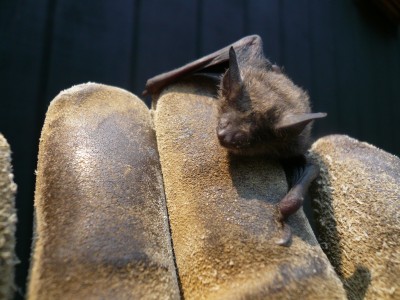 Little brown bats are the most common bat in North America, and are also one of the species most severely affected by white-nose syndrome. The bats have a wingspan of about 9.5 inches and are dark brown with a lighter brown belly. Little brown bats are dormant in the winter, hibernating in groups of up to thousands of individuals. The sociability of bats is disadvantageous for them when it comes to white-nose syndrome, since the fungus seems to spread from bat-to-bat contact, common with their roosting and dispersal behavior. Little brown bats use echolocation while foraging and call twenty-five times per second in the open and fifty times per second in the forest to hone in on their prey. One bat can eat up to a thousand insects in just a single hour, typically foraging at twilight or earlier. It’s easy to see why bats are very helpful agents in the control of insects like mosquitos or agricultural pests. With the drop of the bat population, millions of pounds of insects will go uneaten, giving rise to potential problems for farm crops and a need for increased pesticide use. 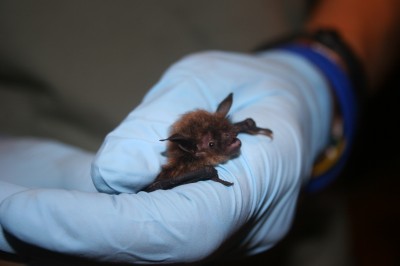 Although there is currently no known cure or preventative measures for white-nose syndrome, there are some ideas in the works. It is possible that the fungus was introduced from Europe, as there are bats in Europe that likely coevolved and therefore coexist healthily with the fungus. If we can find out why European bats are immune to the fungus, perhaps we could use that information to help North American bats. Others suggest that European caves differ in some way from North American caves, making them less hospitable for the fungus. If this is the case, perhaps some North American caves are also less hospitable for the fungus, and we could protect these caves. For now only time will tell; immunity could evolve and bat populations could recover. 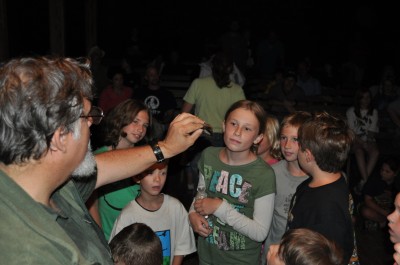 Dr. Mike Gannon, professor of Biology at Penn State Altoona, gets kids up close and personal with bats at Shaver’s Creek summer camp. (2012)

This being my first summer at Shaver’s Creek, it blows me away to think that hundreds of bats used to fly out of the bat boxes every summer night. I stood in the grass at the beginning of every night hike and listened to these stories, trying to imagine what that would look and feel like. The toll that white-nose syndrome has taken on bat populations is devastating, but sometimes I do see a glimmer of hope. A few weeks ago, fellow intern Zoey and I led a night hike down to the Point Pavilion. There we were lucky enough to discover three or four little brown bats fluttering around by the pavilion as we and the families excitedly looked on. And just last week, right as we were about to leave Grasshopper Glen with a group, three little brown bats appeared in the sky above the glen. My skin shivered and butterflies filled my stomach. It felt like magic. There are still some bats left. Not many, but a few. And maybe, just maybe, these will be the few that will survive and bring the populations back. 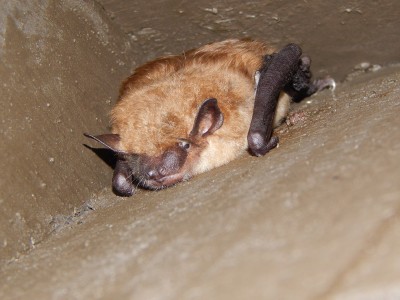 Big Brown Bats, being another hibernating species, are also susceptible to White-nose Syndrome. This healthy-looking individual was spotted under an awning on our main building at Shaver’s Creek on August 21, 2014.

With photos by Caitlin Ceci, Jerod Skebo, and the U.S. Fish and Wildlife Service.