How to Help a Turtle Cross the Road

Why did the turtle cross the road?
To get the other side.

‘Tis the season of turtle crossings; they’re roaming the roads at all hours of the day and night and they might need your help. 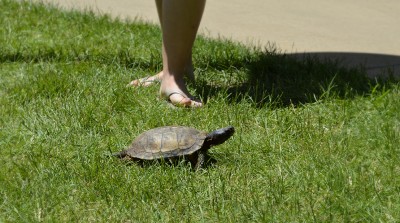 Every spring turtles begin moving around their territories for many reasons. Males might be looking for a female to mate with and females might be looking for an ideal place to nest. These ideal nesting areas are often times located across busy roads and highways where people are driving fast and not necessarily looking out for our reptile friends who might be crossing the road. Between April and October you are most likely to see a turtle crossing the road. 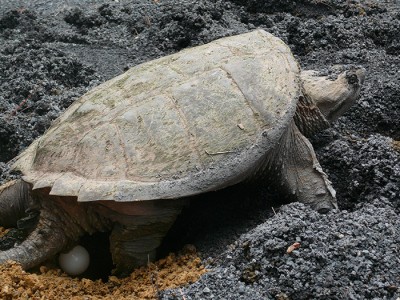 If you see a turtle trying to cross the street and you are able to safely pull over and help the turtle cross, do so. It’s important that you take the turtle across the road in the direction they were going. If you take a turtle in the opposite direction from where it was heading, it will simply turn around and go back into traffic.

If you do stop to help a turtle cross the road here are a couple things to keep in mind for your safety and the turtle’s:

— When handling a turtle make sure you are handling it from the sides of the shell. Hold the turtle like a hamburger. You should never grab a turtle by it’s tail—that can seriously injure them.

— Keep the turtle low to the ground. Small and large turtles are both strong and can push out of your grasp. Despite their strong shells, high impact falls can hurt turtles.

— If you aren’t comfortable picking up the turtle, you can use a dull object (cardboard, broom handle, baseball bat) to gently guide the turtle from behind. Avoid pointed objects; you don’t want to accidentally injure the turtle in your attempt to help them out.

Some turtles you might encounter who are trying to cross the road this season are Eastern box turtles, snapping turtles, and wood turtles. Eastern box turtles can be identified by their rounded shells, and they are able to pull themselves all the way into their shell and seal it. A snapping turtle likely has a long spikey appearing tail and a jagged back of it’s shell. The wood turtle has bright orange coloring by it’s front legs. These are just a few of the many turtle species that we have in Pennsylvania. 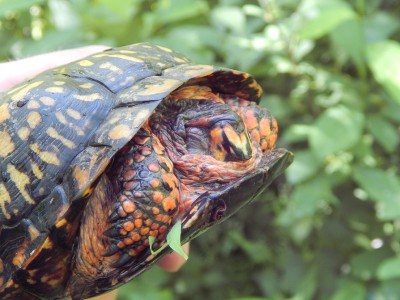 It is not necessary to identify a turtle that you help cross the road, but it can be helpful for you to know what animal you’ve stopped to help rescue. For instance, snapping turtles are generally more aggressive in how they defend themselves than other turtles. The snapping turtle will likely claw and snap at you, where a box turtle will be more likely to pull itself into its shell and hide for the short distance that you have it crossing the road. Snapping turtles have especially powerful jaws, but keep in mind that anything with a mouth can bite. A turtle that shows aggression is simply doing so as an effort of self-preservation, or in an effort to protect their eggs.

Lastly, if you find a turtle on the road that has been injured, call your local wildlife rehabilitation center and ask for further direction. Please keep in mind that just because a car has hit a turtle does not mean that the turtle has died; that turtle could be suffering and should be euthanized or saved depending on its condition.

If you find an injured turtle in the central Pennsylvania region, call Centre Wildlife Care at (814) 692-0004. 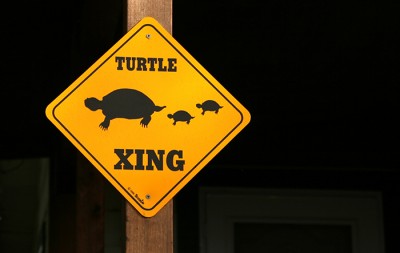