Marvel of Migration: Navigation and Orientation

“We admire the drive and commitment that the birds show because our individual extraordinary feats pale in comparison to those of a godwit.” — Bernd Heinrich

It would be impossible to quantify the number of times I have sheepishly flagged down a stranger for directions. Although I have improved over time, I remain incompetent when compared to the remarkable navigators we call birds. Utilizing an array of Earth’s unique characteristics, and their own biological programming, birds such as the Bar-tailed godwit travel from Alaska to Australia soon after they are born. I had 17 years to prepare for my first flight, but in bird world there is no time for a leisurely childhood. Instead, chicks must face the “real world” immediately: statistics show a 62% mortality rate during their first year. If they make it through that, than their chances drastically increase. The odds are clearly not in their favor, however navigation and orientation strategies are certainly critical if individual birds are to locate their wintering grounds on an annual basis. From stars to genetics, there are a variety of techniques employed by different species, and while some are applicable to humans, there are a few that confound even our capabilities. In my opinion, bird migration speaks directly to the power of natural pattern, made all the more beautiful by the sheer magnitude of avian accomplishment. 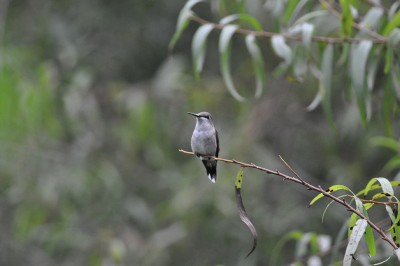 Orientation and navigation are actually two different aspects of migration, and both critical; a nocturnal migrant orients itself before taking off near sunset, setting its course, but it then must navigate the landscape to stay on track. Much of a bird’s migrational awareness is instinctual; they are born with the impulse to travel twice a year, often to a specific location. However, I agree with nature writer Bernd Heinrich when he says that the “how” of migration is baffling because “it literally involves everything about the animal at once – senses, metabolism, emotions, mechanics – all the physiology that runs the brain and the rest of the body.” And just as a bird does not rely solely on their eyesight, nor do they rely solely on one orienteering technique – the gamble would be too risky. They must have back up plans to balance out inconveniences (such as cloudy skies or rough winds) that may otherwise prevent them from reaching their destination.

There have been many studies conducted on migratory birds throughout history with the intent to uncover how they know when and where to fly. The bulk of these studies have been done on caged birds. However, in in the 1950s, a German ornithologist named Gustav Kramer labeled a groundbreaking tendency within his study subjects: captive migratory birds become restless during their natural migration season. They will actually orient themselves and fly in the direction of their would-be route, as if they were in the wild. Kramer dubbed this phenomenon Zugunruhe, a behavioral pattern relied on widely by ornithologists to discover much of what we now know about migration. 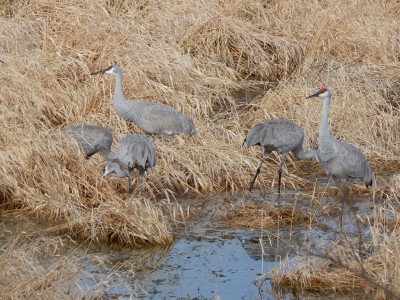 Through such studies, researchers realized that changes in daylight, or photoperiod, is one of the primary triggers for seasonal movement. Photoreceptors located in bird brains initiate hormonal changes, prompting restlessness, molting, and one very important side effect called hyperphagia — a fancy word for the desire to stuff their face, equipping them with the necessary fat to make their journey. The impact of changing photoperiod has been quite literally illustrated by something called the Emlen funnel, invented by a crafty father and son duo. The contraption involves an ink pad as a floor, and paper on funnel-shaped walls. With a bird placed inside, researchers can later look at the ink footprints to decipher the direction in which it hopped, flew, or simply faced.

This invention has also led to solid evidence that nocturnal migrators use the night sky to navigate. Stephen T. Emlen tested the theory that birds rely on stars using indigo buntings. It turns out that not only do birds read the night sky, they read the stationary portion—in other words, the north star and its surrounding constellations. Remarkably, when Emlen raised young buntings underneath a sky in which everything rotated around Betelgeuse instead of Polaris (the north star), the birds oriented to Betelgeuse instead! This meant that star recognition is a learned behavior, and not innate from birth. Young birds must have exposure to a rotating sky in order to learn which stars to trust, and like sailors, once they know how to interpret the night tapestry they can orient accurately on clear nights. 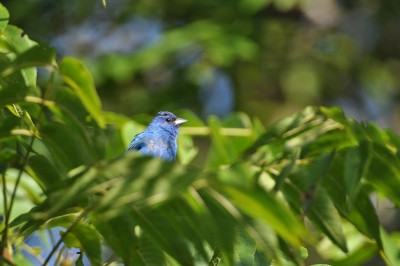 Migrating after sunset provides a few benefits, including predator avoidance, opportunity to forage during the day, and better weather conditions (without heat from the sun, the atmosphere is less “rocky” and birds often save energy). However, many birds, including raptors and starlings, are diurnal (daytime) migrators. Instead of the stars these birds have the sun to lean on for directional cues. But how do they do it?! Many species navigate by noting the position of the sun and comparing it with what time of day they know it to be, based on an internal 24-hour clock. In effect, they are following similar methods as maritime navigators who use a sextant and Greenwich Mean Time to determine their latitude, except birds do it while in flight, without a calculator, an almanac, a sextant, a chart, a compass, a clock, or any schooling…

Magnetism is yet another biological tool used by various bird species, although the specifics are still being investigated. Savannah sparrows, European robins, bobolinks, and white-crowned sparrows are some of the poster birds for magnetic orientation thus far, as well as other animals like bees, spiny lobsters, sharks, salamanders, turtles, trout, and whales. Essentially these creatures are able to sense Earth’s magnetic field through receptors located in the eyes, the upper bill, snouts (trout), and/or the ears. In the north, the lines associated with the planet’s magnetic field are oriented upward away from the pole, while at the south they point downward towards the pole. This consistency allows animals to determine their latitude based on the information they receive about those lines of force – for example, when the lines route towards the horizon, a bird knows it is facing a pole. For us to imagine what such a sense would feel like is nearly impossible, yet various studies have indeed verified this as a commonly-employed migration technique. The idea first arose when pigeon racers (yes, people raced pigeons) noticed that their birds were meager at returning home on days when there were magnetic or solar storms. Since then, the topic has captivated scientists, and as a result of their curiosity we now know that there are magnetite-rich organs located in the sinus area of noses and beaks that, when tampered with, directly affect pigeon’s navigational abilities. Some scientists have discovered evidence that birds may even see magnetic lines running up and down the Earth, though this has not yet been confirmed. 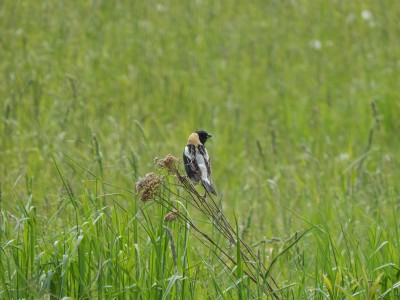 Polarized light is also an important aid aid in avian migration. Light from the sun is unpolarized, and travels randomly as it speeds through the atmosphere. Once it hits a particle in the atmosphere, however, the light wave can be redirected perpendicular to its original course. The strongest polarized light runs at a 90 degree angle to the sun, and orienting in relation to this beam has proved a reliable way for birds to remain on course. It seems that birds use the directional scattering of light waves at both sunrise and sunset because they see the polarization best during those times. It then makes sense that diurnal migrants prepare to fly at sunrise while nocturnal migrants prepare at sunset, allowing both to assess the sky before take off. Even in semi-cloudy skies polarization can be visible, serving as one of those back up strategies in less than ideal conditions.

In some species, routes and strategies are learned either by parents or through trial and error as the individual gains wisdom with each passing year. In a study conducted in the 1950s, 11,000 starlings were captured and banded in Holland, flown to Switzerland, and released. The youngest birds continued on in the same direction they had been flying prior to capture, putting them quite far from where they wanted to be. The older individuals ended up exactly where they should have — right smack into their wintering grounds. This caused ornithologists to speculate that there is a great deal of merit to the wisdom of a seasoned migrator. Older birds have cultivated their own internal map based on years of trial and error, a development that no doubt serves them well during seasons of unpredictable storms (or sporadic capture by eager ornithologists). This element is a fascinating piece to the puzzle, and it leads one to wonder whether younger birds might rely more heavily on magnetism & polarized light until they learn how to interpret the sun, stars, and the personal “map” that they will eventually acquire through experience. 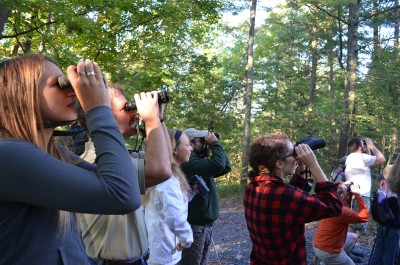 There are more surprises embedded in the travels of birds, enough to fill many books. I have only skimmed the surface, yet through my research I have come to realize that there is no limit to avian potential. Our fascination with migrants has spanned centuries, yet we still do not know nearly everything about this annual movement. There is something pleasing in the sheer mystery of it all, and to think that every fall and spring, hundreds of thousands of birds are crossing oceans without a map speaks to the power of nature’s depth. Next time I see a bird at my feeder, I will be sure to commend her silently, for I will know that her accuracy in returning home far surpasses any map-sense I may have finally gained after 23 years of awkward trial and error. I hope that you too, will nod at the next feather-ruffled, fat-depleted, exhausted migrant you see, praising them for a journey with which we cannot begin to sympathize.

**I recommend all of the books in my sources – they are fantastic books!

Bobolink. (n.d.). All About Birds, Cornell. Retrieved from http://www.allaboutbirds.org/guide/bobolink/lifehistory