“If we can teach people about wildlife, they will be touched… humans want to save things that they love.”
~ Steve Irwin

How do we inspire people to love nature? To protect and care for nature? As an environmental education intern here at Shavers Creek, I have been reflecting and thinking a lot about how to best inspire the people who visit or attend one of our programs. In doing this, I have also been thinking about who really inspired and motivated me to get involved in the natural world.

My initial responses to “who inspired me?” are the famous public figures who inspire people on a global scale and whose work we hear about frequently: conservationists, scientists, and environmental educators such as Jane Goodall, Jeff Corwin, Jacques Cousteau, or John Muir; authors such as Rachel Carson, Henry David Thoreau, Aldo Leopold, or even Dr. Seuss; world environmental leaders such as Wangari Maathai, Bill McKibben, and Al Gore.

For me, personally, this figure was Steve Irwin, the infamous conservationist and educator who starred in his nature-advocating show, The Crocodile Hunter. As a kid, I grew up watching Irwin’s show and following his adventures around the world. I was fascinated by his relationship with so many animals and intrigued by all the animals around the world that he presented. Irwin’s positive message about all living things, his general excitement for wildlife, and his adventurous and lovable attitude inspired millions (including me!). But was Steve Irwin really the person who inspired my interest in animals and nature the most? 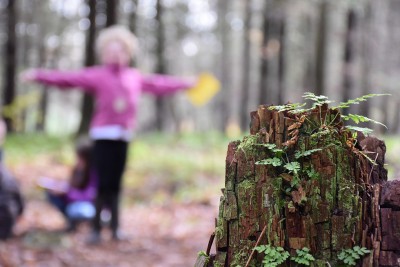 I was recently at a lecture where the main topic was people who inspire us. The speaker first asked the audience to name five people who won an Academy Award this year; to name five Nobel Prize winners in the past few years; to name the last ten winners of the Super Bowl. After additionally questioning the audience on a few similar topics, all which were pretty challenging for the audience, the speaker changed his type of questions. He then asked us: name three teachers who really influenced you. Name three people in your life who motivate you and inspire you. Name the four people who are always there to support you.

These questions were a lot easier to answer for me and made me have a few very important realizations. The first realization being that the famous celebrities/world leaders/conservationists do have some impact on our lives, but not as much as we often make it out to be. It is often the people in our daily lives that really inspire us and help to shape us into who we are. 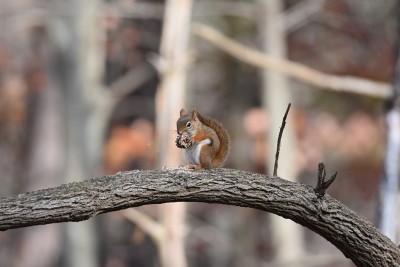 My love of nature was definitely influenced by many of people around me. My dad, who spent many summers as a kid near the coast and later joined the environmental field, would take me on hikes in the woods or nature walks near the beach. He constantly would quiz me on the different crab and seaweed species. We walked stretches of beach, throwing every washed-in sea star back in the ocean, or walked down our driveway in the morning after a rain storm, saving every drying out worm.

Another person who inspired me was my fourth and fifth grade science teacher, Mrs. Hallack, whose science class explored everything from how to build a volcano to the different microscopic organisms in the streams near our homes. Her designation of different students to be the “plant waterer” made each of us feel more connected to the different forms of life in our class room.

And of course, there’s my mom. She planned trips to zoos, aquariums, museums, nature centers, and other historical and natural landmarks to allow me to learn and discover. Without these people I would not be so inspired to love nature; to love wildlife; and to want to protect and save the natural world. 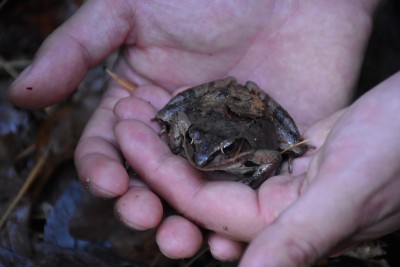 Steve Irwin is a man the world truly misses. Steve Irwin definitely inspired and continues to inspire my interest in the natural world. But Steve Irwin is just part of that foundation. It’s my own dad’s natural history lessons while driving our car or picking up EVERY plastic bottle that we see while walking around the block. It’s my mom’s idea that every off day from school growing up meant a field trip to a local natural/historical/educational center. It’s my fifth grade teacher’s passion and excitement for science that really made learning fun!

These are just a few people who inspired me to get involved in protecting and loving the world around us. There are so many people who inspire and motivate us every day to protect and appreciate nature and wildlife. You do not have to be famous to change the world. You can touch the heart of someone today to get involved in nature; to care for the world around us. And by inspiring just one person, you’ll never know the extent to how many people you really influence.

Inspire someone today to get outside and discover the beauty in nature! Encourage someone to rescue a turtle crossing the road or a drying-out worm on pavement. Go on a walk with your kids to look for birds and salamanders. 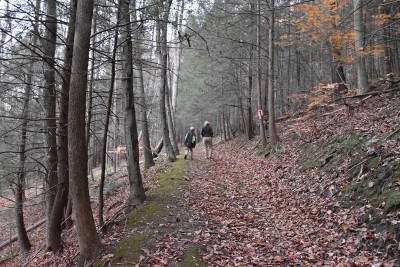