What’s in a Nature Name?

I was looking for a story. Really anything that spoke to me. I was looking for inspiration. I took a walk. I meditated on it. I even went through my home library of the “classics” that I’ll frequent on an odd day or whim.

I was looking for a name. Well, something to take on as a name. Since joining Shaver’s Creek as one of this season’s interns, I’ve been slowly accepting the traditions and expectations of the position. One of which is to have a “nature name.”

Yes, the rules are just as ambiguous as you’d imagine (or freeing if you’ve already had your fill of the Kool-Aid). “It should be a native specimen. Well, except for this one fellow named ‘Squid.’ He got the exception because…” The best guidance I got was from a couple of interns who already had their names, “Just pick something that speaks to you.” 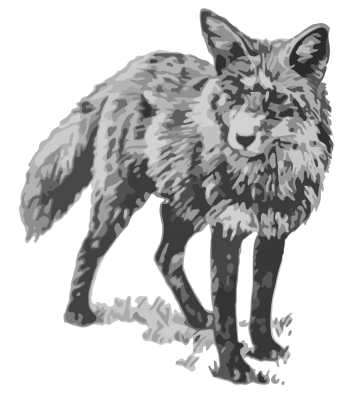 So off I went, courting inspiration. I sat and I listened. I walked and I listened. I even tried the counter-intuitive tactic of talking and listening. Nothing. Was I trying hard enough? I mean, picking your own name is not something we get to do every day. I felt as though I was bound to disappoint. If I was wanton in my choosing, it would be like getting a tattoo, for the sake of having something to show off; and when I showed my friends later and have them say, “Ohh. That’s cool.”

The thought was mortifying.

So I started thinking analytically. “Make a list, cross-reference with names already taken, non-native, or too far of a stretch and go from there.” Great! Start with animals. (Because who wouldn’t want to be named after some awesome animal?) Well, unsurprisingly, I wasn’t the first one to have this thought. And my list of creatures whose label hadn’t been co-opted was made up of shrews, voles, mice, and the like. Not majestic creatures who I felt any connection with, nor had the desire to be connected with. Who would want to hang out with a guy, who voluntarily took the name “weasel?”

My pride barred any progress with choosing a name from critters. So I decided to move to the next familiar Kingdom of Life: plants. 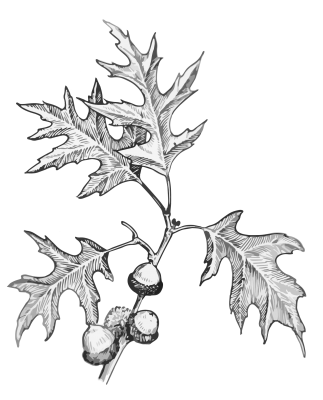 Yet again, I was stumped. The natives were pretty much called. I’m not a plant guy. I appreciate their existence, but I struggle to emote with them. No Lorax, am I.

Ugh. This was a nightmare. Each day I’d be asked if I had gotten anywhere on picking a nature name, and every time I’d respond with something along the lines of, “Almost there.” But I wasn’t.

So lists proved fruitless. Maybe I should try to understand why people picked their nature names. Surely there must be some kind of pattern or correlation between what triggers each person.

This is where things got interesting. It was much easier to listen to people’s stories about discovering their new names, as opposed to harkening to the ether, on a quest of my own.

At my initial inquiry, most people gave me the answer of “it just felt right.” Unsatisfied, I pressed them for further details. And again, the answer I got from most people was the same: there was “something” about the creature, plant, or thing they chose that resonated with them. Though ambiguous, “something” is a thing I could work with.

So I reinstated my search, this time, for the elusive “something” that connected people to a particular facet of nature. Not only did I discover my nature name, I may also have unearthed a theory of why we get “that feeling” about nature.

My resurrected investigation yielded some interesting questions. Where do we see facets of nature most closely connecting to humans? How are they personified?  What about them, as characters, is so enticing? And what is going on inside of us that would leave this nerve exposed?

I’ll spare you the meandering course my mind took, as well as the stops and starts along the way. I eventually settled on the idea that we are inspired by characters in our art, books, songs, and primal stories. The moments that resonated with us as children come from stories like the Lion King, Bambi, or from a Grimm Fairy Tale. These stories enraptured our imaginations and our hearts.

Well, these anthropomorphized creatures were able to teach us lessons by shedding their silence while maintaining a purity that is unrecognizable in our hominin counterparts. A fox carries itself as a fox, without concern for how other creatures may feel about it. A bird preens, eats, and flits its way around without a thought of the ramifications of its actions. 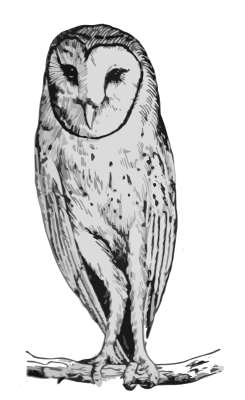 I think we envy this honesty. The authenticity we see in nature is unlike anything we can manifest in ourselves. This is the price we’ve paid for sentences and social superiority. On the exchequer of life, we’ve exchanged our authenticity for autonomy. However, we’re hit with a familiar feeling of authenticity when we look out into the natural world we’ve stepped away from.

Authenticity was the key. That’s what I needed to discover. What part of my world had an authenticity that I craved?

Dear reader, the field may not appear narrowed to you, but in that moment of realization, I felt it. Yes, the elusive “something.” I honed in by reading fables, articles, and even by stepping out my door on a blustery day. Each search and reflection felt like a clue to a crazy puzzle falling into place. I had it.

I invite you to find yours too. There is something liberating about identifying a part of your heart in something intangibly authentic. It’s something you’ll just feel when the time is right.

Until then, keep discovering.