Return of the Bluebirds

For nearly 50 years, the bluebird populations across North America saw a major decline. Once as common as a robin, the bluebird became so rare that many people assumed its extinction was inevitable. 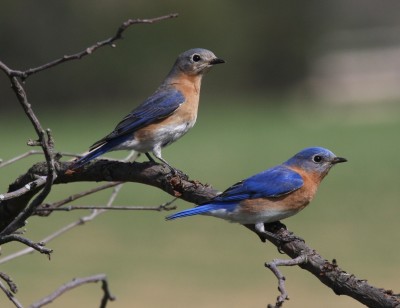 The drastic decreases in population were due to a number of factors. The first cause was the reduction of farmland and meadows, which bluebirds commonly nest in. Up until the 20th century, North America was primarily farmland. Many of the continent’s natural forests had been cut down to make space for the farmland and to fuel the iron industry. At the turn of the century, that began to change. People were moving away from the farm and into the city; there wasn’t as great a need for farmland as there had been. America’s unused farmland grew into new, successional forests or was turned into suburbs and cities. The abundance of bluebird habitat began growing smaller.

Reduction in the bluebird’s habitat was affected by another factor as well: invasive species. Not only were bluebirds losing their homes to humans, they were also losing out to other birds, specifically House Sparrows and European Starlings. These two invasive species were larger and more aggressive than the bluebirds and outcompeted them for habitat space and other resources. And so for nearly 50 years, the bluebird population fell into a steep decline. 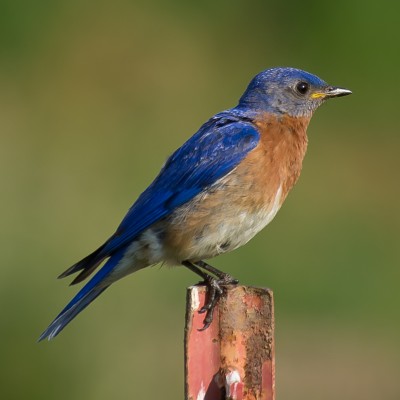 In 1978, the North American Bluebird Society was founded by citizen scientists concerned by the declining population of the species. They began building bluebird nest boxes and creating a network of trails in which to place the boxes and monitor the population of bluebirds. In addition to this work, they educated the public and trained people as monitors. The result was a near miracle. Bluebird populations rebounded and stabilized.

Today, the work of these citizen scientists is continued and known as Project NestWatch. Anyone can participate — all you need is a bluebird box and a computer. By simply checking the nest box weekly and recording your observations online, you are making a difference. Project Nestwatch is something that Shaver’s Creek had been doing for years but with so many other projects and so few staff to monitor nesting, it fell by the wayside. Fortunately, things are changing! With new wind beneath our wings Assistant Raptor Center Director Jon Kauffman and I have started it up again! 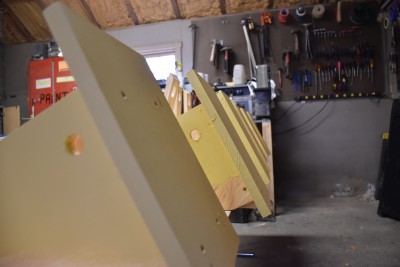 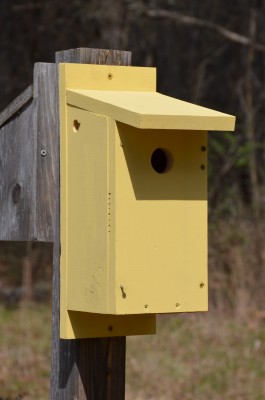 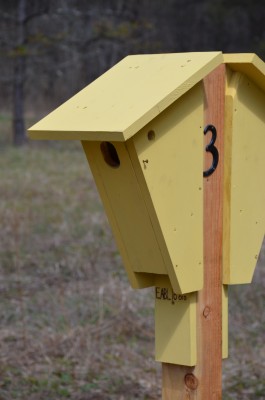 Many of our old bluebird boxes were still set up on posts along the Bluebird Trail but had become uninhabitable for birds to nest in. Jon and I started by taking down all of these boxes, along with the posts they were on. Once the old boxes were taken down, the real work began. Jon worked on building new nest boxes for the bluebirds. For this project, he utilized two different bluebird box designs, the typical Eastern Bluebird design and the Peterson design. The Eastern Bluebird box is a common-looking rectangular box with a flap on the side for checking the nests. The Peterson design is quite different. It’s thinner and more triangular than the other design and the front side slants inward. Rather than having a side flap, the Peterson box’s front opens up for an easy view of what’s inside. While Jon worked on putting the new boxes together, I went out into Bluebird Meadow and began clearing away the woody shrubs that had grown throughout the field over the years. Once the boxes were complete we began putting them up one by one. We now have nearly 20 bluebird boxes throughout the Bluebird Trail, with boxes for chickadees and flickers on the way. It’s taken a couple of months, but our work is starting to pay off. 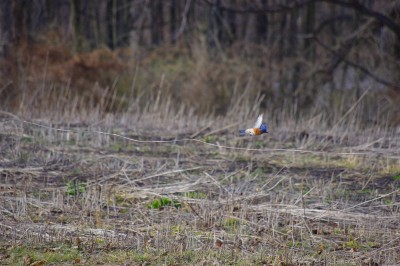 With the recent migration of birds, like the Eastern Bluebird, back to Pennsylvania we’ve begun checking the boxes weekly for signs of bluebirds. By this time in the season, many of the birds have settled or are at least beginning to settle down into nests in the area. Many of the boxes we have put up are being filled with bluebird, tree swallow, and house wren nests. Some nests remain empty while others have eggs incubating, but at least one nest has baby bluebirds waiting to fledge! Other birds, such as Eastern Phoebes and American Robins don’t use bird boxes, but they’re still nesting all around the center. These birds like to use trees and open platforms as a base to build their nest upon. 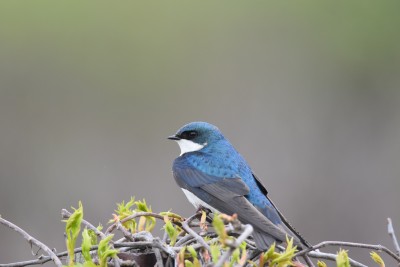 Seeing all the nests being built around Shaver’s Creek has really excited me and I’m anxious to see how the nests develop overtime. To be able to see my work make a difference is truly encouraging. Don’t forget anyone can do this work! We are all citizen scientists.

If you’re interested in helping with Project Nestwatch, visit http://nestwatch.org. 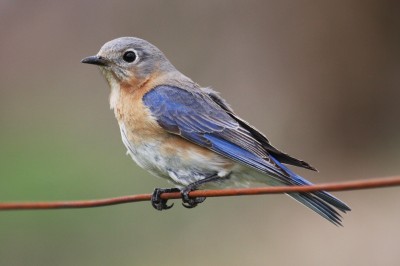