Major congrats (and thanks) are in order for our Birding Cup teams this year! Although they braved occasional rainy hours, they came through with huge identification lists, totaling 194 species. That’s crazy awesome, and continues to show that citizen science initiatives are a powerful way of gathering data. Not only data, but funds raised for Shaver’s Creek, too — about $13,000 was raised before the Birding Cup checklists even came in, and we’re well on our way to the $15,000 mark now! Thank you to everyone who donated and help raise money. If you’d like to donate, it’s not too late: http://www.giveto.psu.edu/birdingcupteams 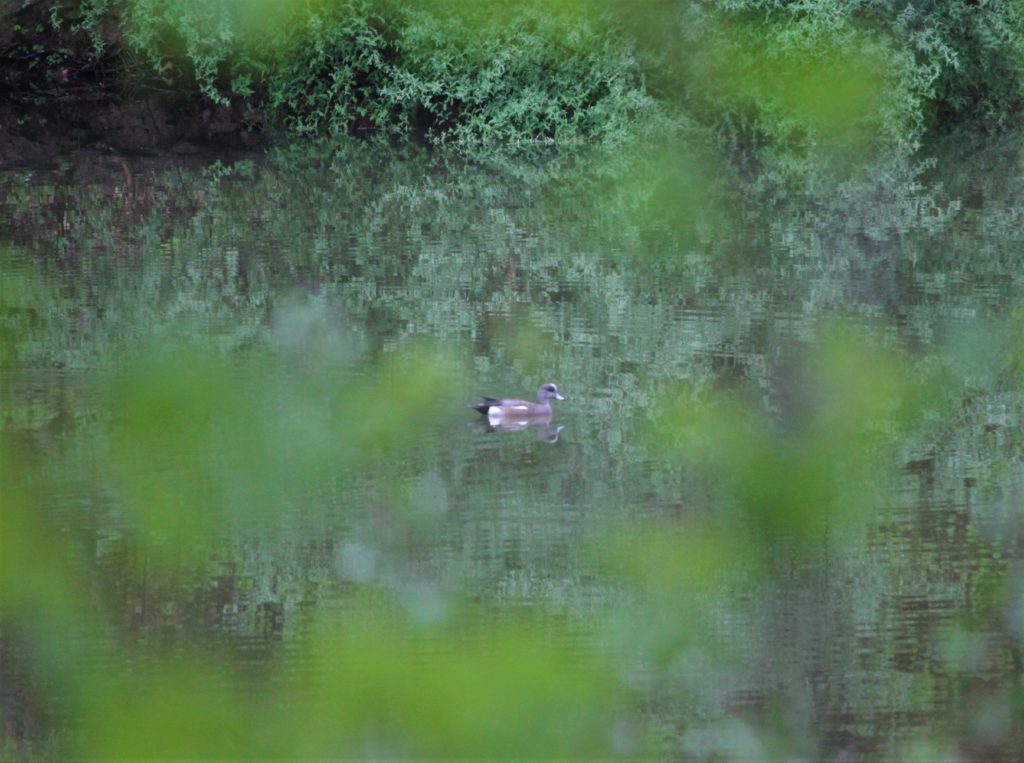 It is wonderful to have so many birders—both young and young at heart—sharing their love for the natural world and the feathered creatures that inhabit it. Whether teams were celebrating their 22nd year of participation, or were picking up binoculars for the first time, everyone generously gave an entire day to raise money for Shaver’s Creek!

Without further ado… we know you want to know who took home “the gold.” 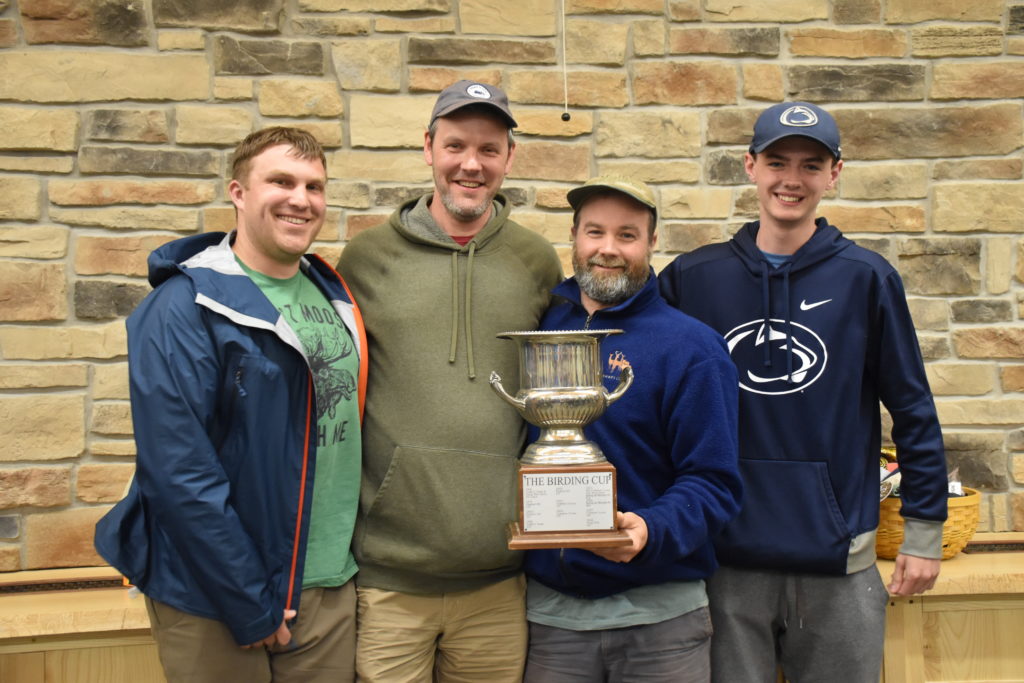 The Psycho Killdeers (Kiskadee?) were able to repeat their victory from last year, seeing more species than any other team—145! They also managed to do this while staying within Centre County, an added challenge.

THE COUNTY CUP: Raiders of the Lost Lark – 135 species 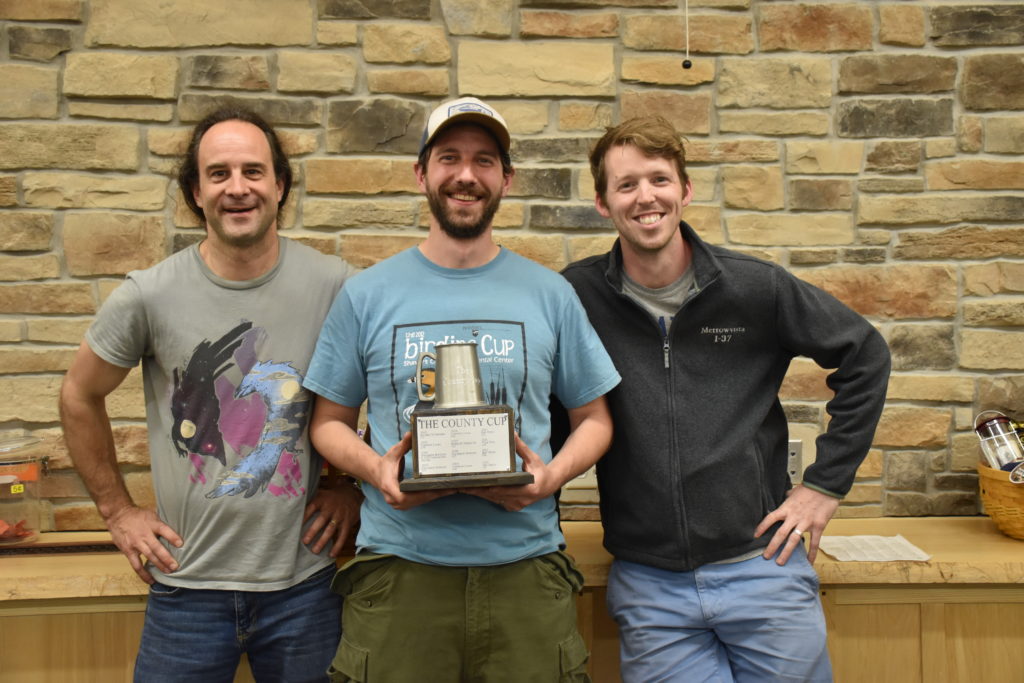 The Raiders put up a great challenge even to the full Birding Cup, but did exceptionally well in a single county. This team also raised a huge amount of money, and for that we give them a special extra thank you! 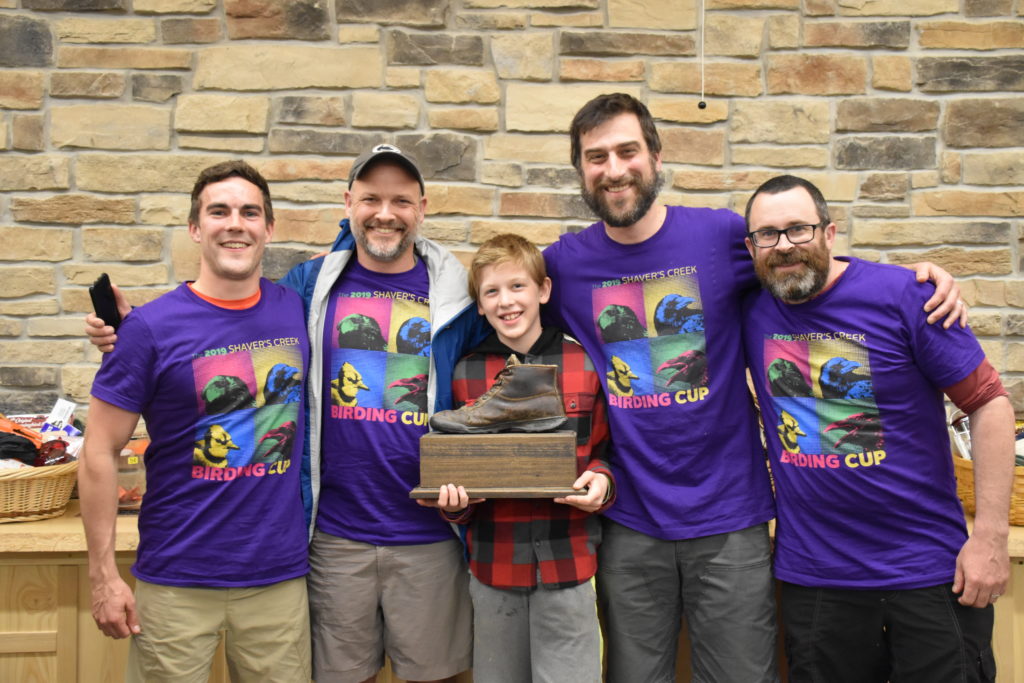 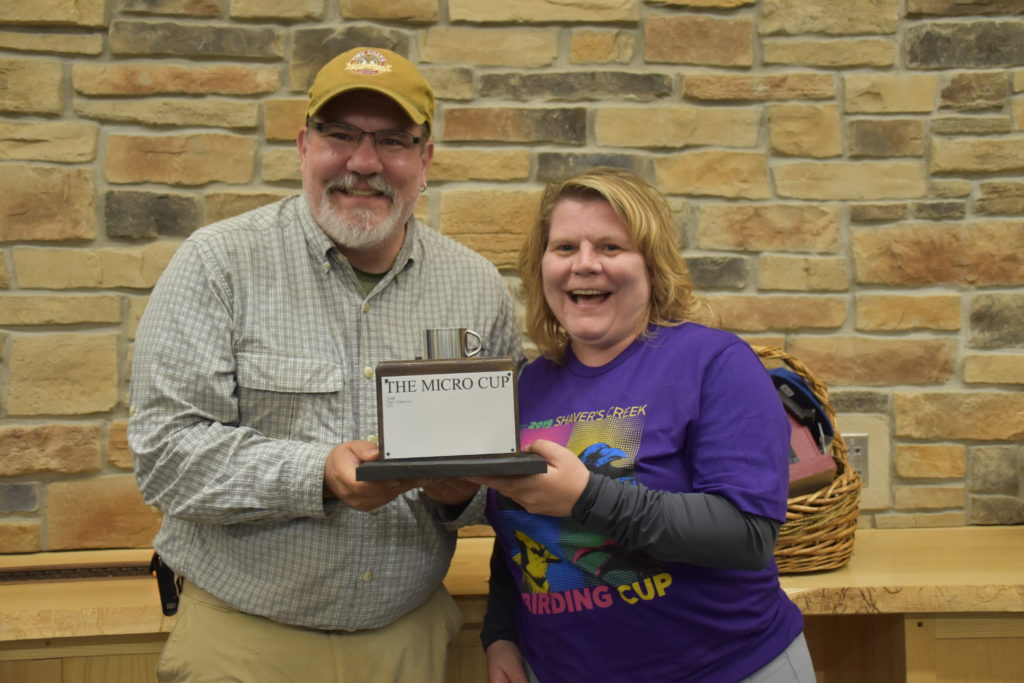 Two Cuckoos defended their title, making them the only team to win The Micro Cup so far! 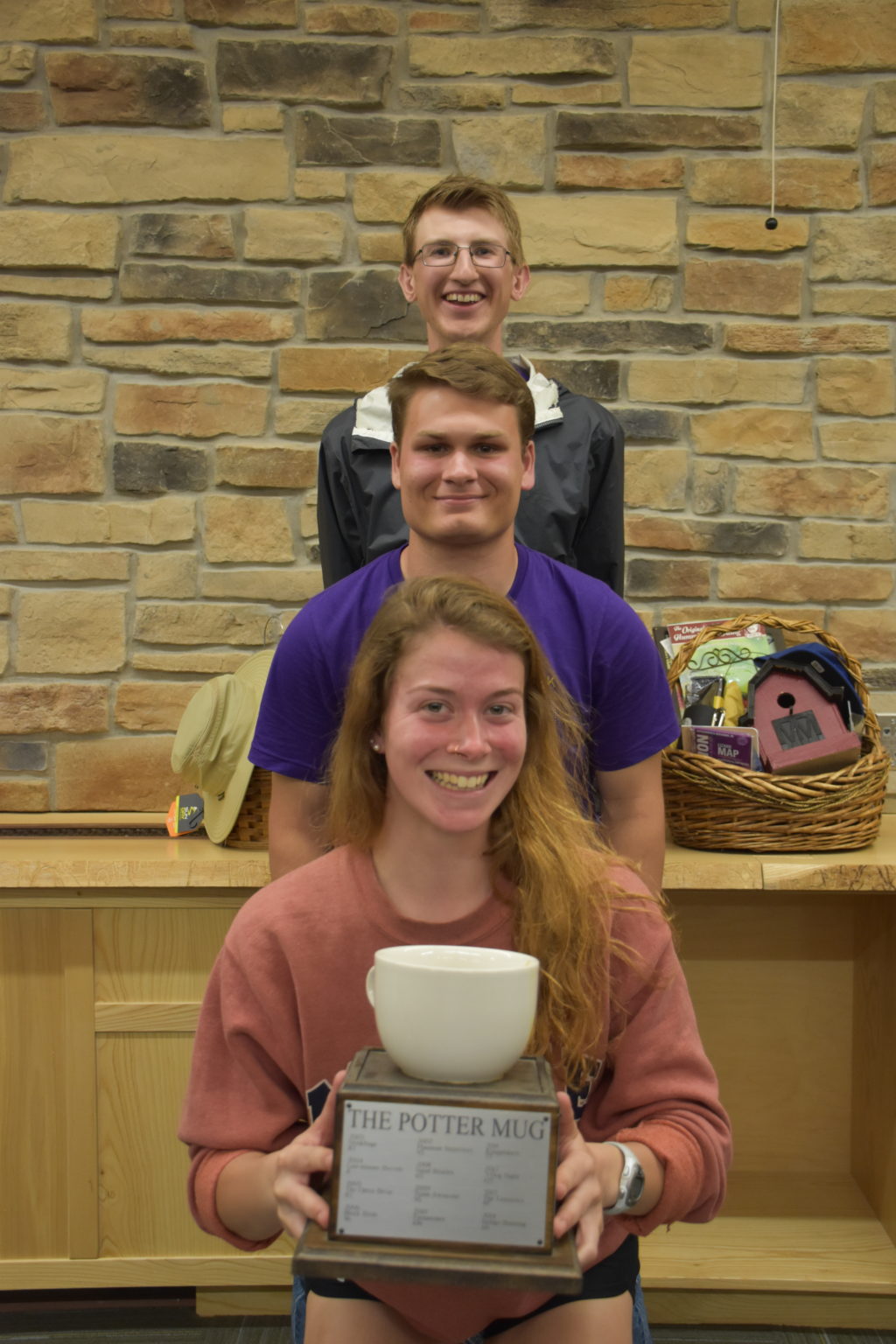 Team member Bridget Petkac: “For my first time birding, I think going right into the Birding Boot was the best thing to do, because it challenges you in a new way. But also just doing Birding Cup in general was amazing, because you learn about the people you’re doing it with, but also about birds in the area — like who knew Baltimore Orioles were in Centre county? Not me!”

This team is a subset of recent SEED Semester students at Shaver’s Creek, and they really showed a passion for their newfound hobby! Although they didn’t win the Birding Boot, they did win the Potter Mug, designated for teams with less than 2 years of experience. Congratulations!

While our raptors, staff, and visitors are enjoying last year’s Birding Cup project—the updated Raptor Center—we are turning our attention to increasing citizen science and visitor engagement in our Visitor Center. We are using this year’s funds for new interpretive exhibits and engaging technology like software that identifies nighttime migrants flying overhead and an interactive camera for visitors to learn about infrared radiation and literally see themselves in a new light.

Thus far we have raised almost $15,000—thanks to everyone who has donated! While the birding is over (for now), if you haven’t yet made your pledge, or if you were waiting to donate “per bird”, you can do that today.

Finally, the event would also not have been a success without our sponsors: Wiscoy for Animals, Appalachian Outdoors, Lost Creek Optics, Purple Lizard Maps, Bobby Rahal Honda, and Collegiate Pride. 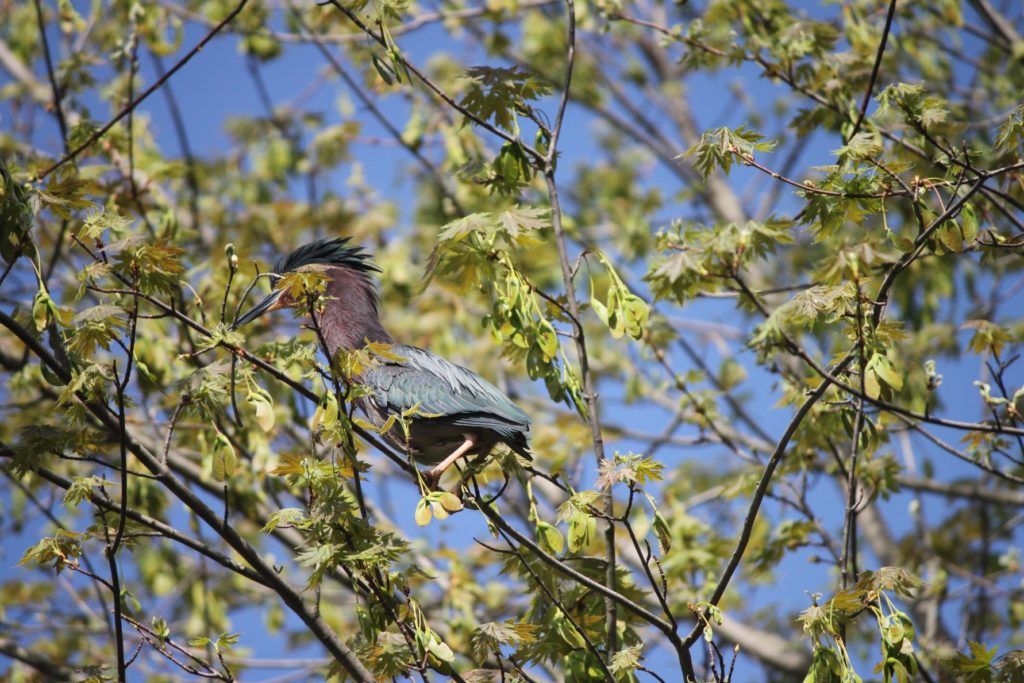 Not every team can take home a trophy, but all 25 teams bring something special to the Cup, with their keen senses, fun personalities, and sense of community. Also, so many of them stuck to just one county this year — not to mention the Birding Boot teams who used only non-motorized transportation, or the Micro Cup teams who stuck to a limited, walkable area — the planet appreciates the minimal use of fuel! Thanks to all of them:

The Mating Pair and the Night Owl – 68 [Micro Cup] 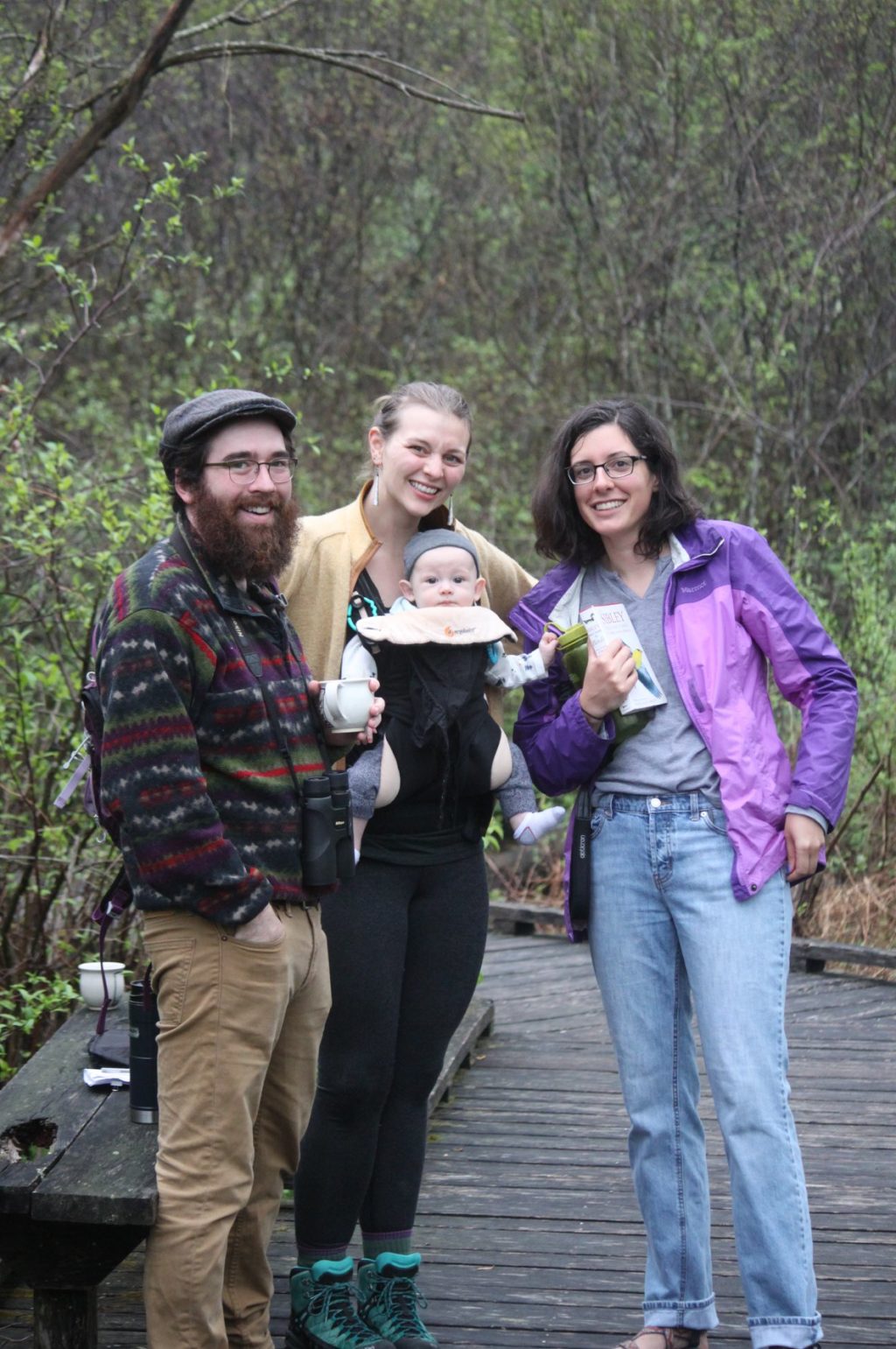 At least 194 birds were seen this year — an incredible number of species to record in central Pennsylvania. Here’s the full list! 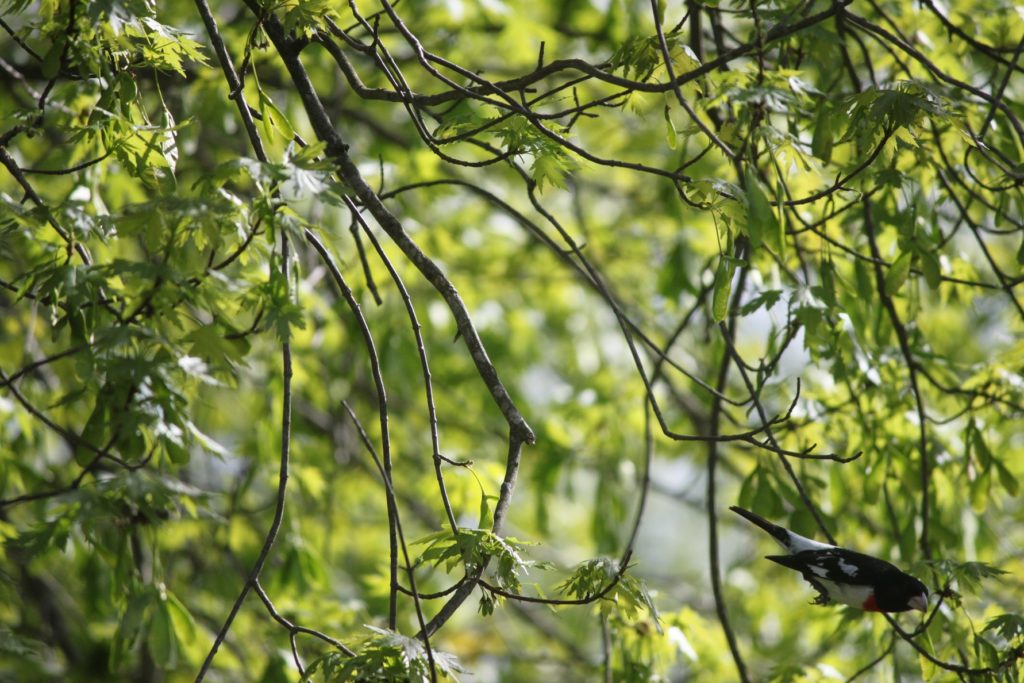 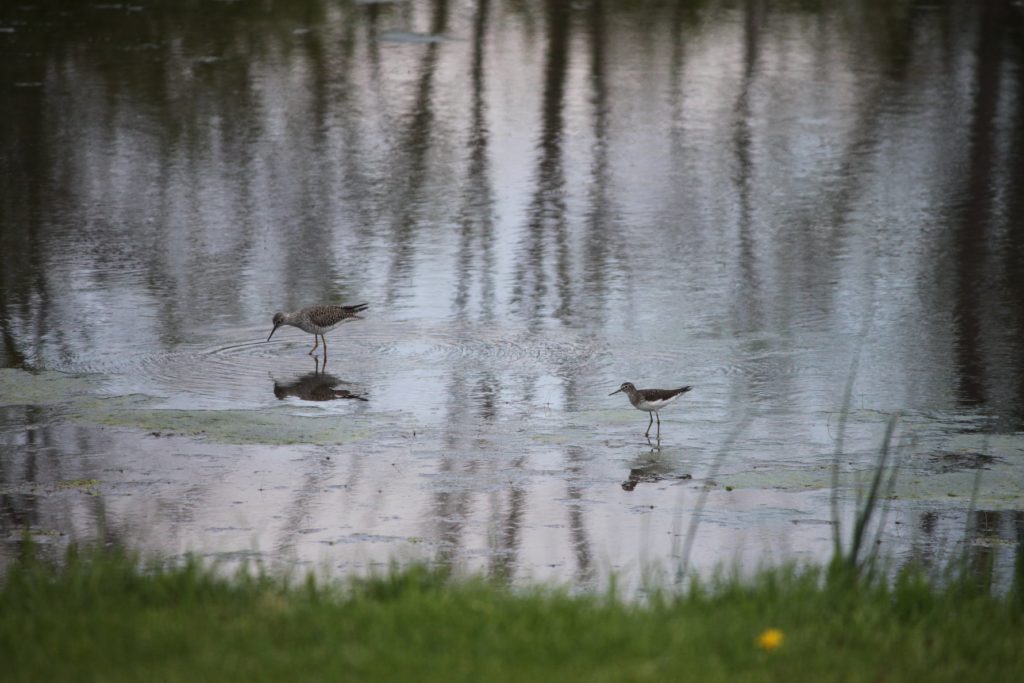 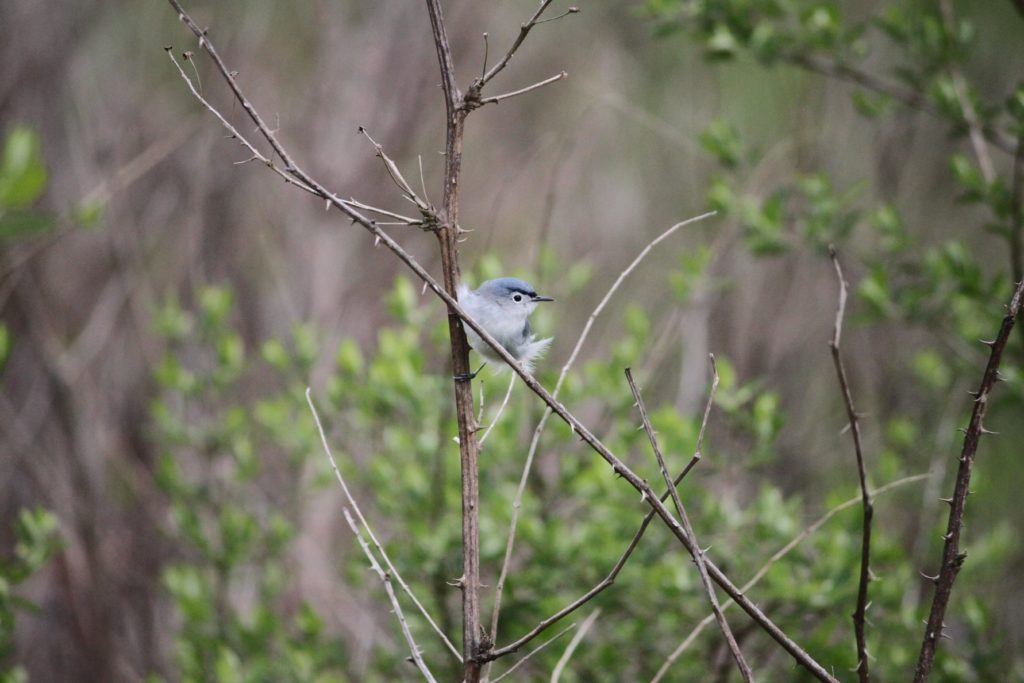