Shaver’s Creek Environmental Center is a beautiful place for anyone interested in the natural world.

Shaver’s Creek Environmental Center is home to a variety of birds, including hawks, owls, eagles, vultures, and falcons — a group known as raptors.

All of our resident birds arrived from rehabilitation centers with permanent disabilities, and they are permitted to Shaver’s Creek to work alongside our Animal Care staff and volunteer team as ambassadors for their wild counterparts. Stop by to meet our feathered coworkers — watch a training session, observe a vulture displaying natural foraging behavior, or see a Golden Eagle tearing up enrichment.

The public is invited to visit Shaver’s Creek on the weekends from mid-June to November for Meet the Creek, a free public program where an interpreter answers questions and presents several birds to the public, giving you an up close look at the birds out of their enclosures.

The Klingsberg Aviary is wheelchair- and stroller-friendly, but if you require special parking accommodations, please call Shaver’s Creek at 814-863-2000 for more information when planning your visit. 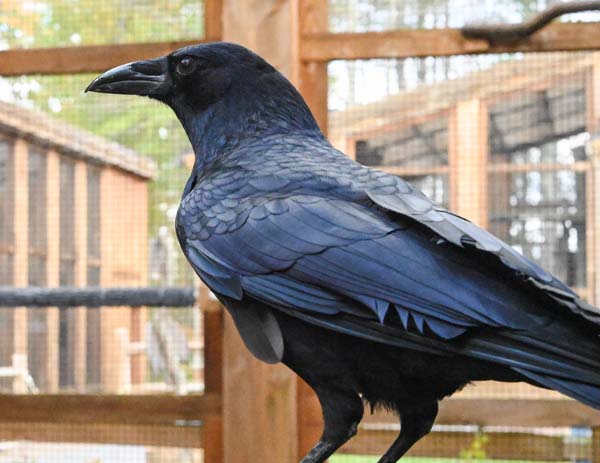 Highly adaptable and widespread, crows are some of the most well-known and commonly spotted birds in North America. They socialize in a variety of groups and are highly resourceful. Despite being common, there is still much to be discovered about this brilliant species! 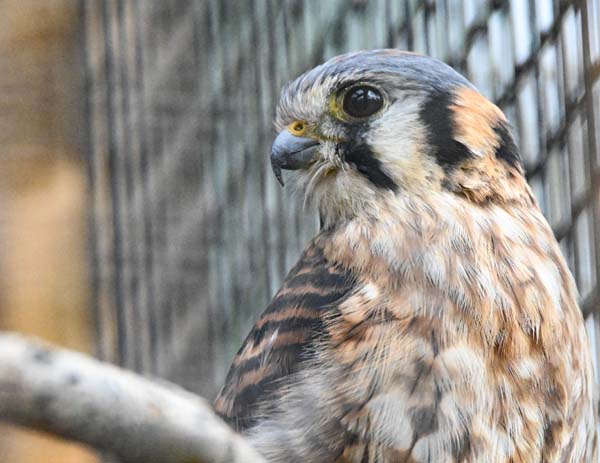 American Kestrels require natural tree cavities, nest boxes, or buildings for breeding. Kestrels are beneficial predators in farmlands, preying on a variety of agricultural pests. Unlike most raptors, American Kestrels differ in appearance between male and female. 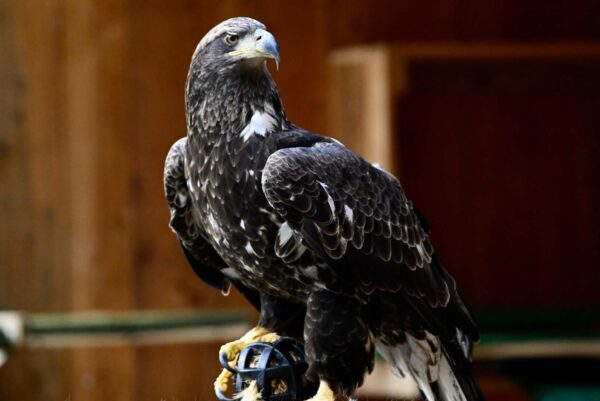 The Bald Eagle was on the brink on extinction in the lower 48 states in the latter half of the twentieth century due to illegal hunting and DDT. However, through diligent effort from government agencies, conservation groups, environmental regulations, as well as the Bald and Golden Eagle Protection Act, our national emblem has made an incredible recovery and was removed from the endangered species list in 2007. In winter, Bald Eagles may congregate in large numbers around bodies of water, preying on fish and waterfowl.

For more, check out the Hanover Bald Eagle Nest camera. 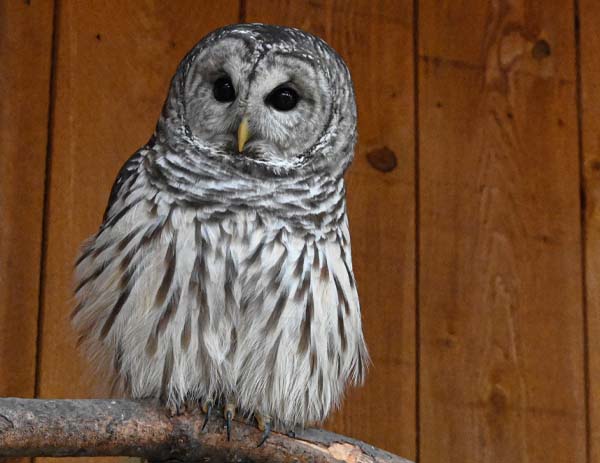 Listen for Barred Owls calling at dusk and dawn with a distinct 8-note “hooting” call (“Who cooks for you? Who cooks for you all?”). Barred owls do best in old growth forest, where they nest in secondary tree cavities. 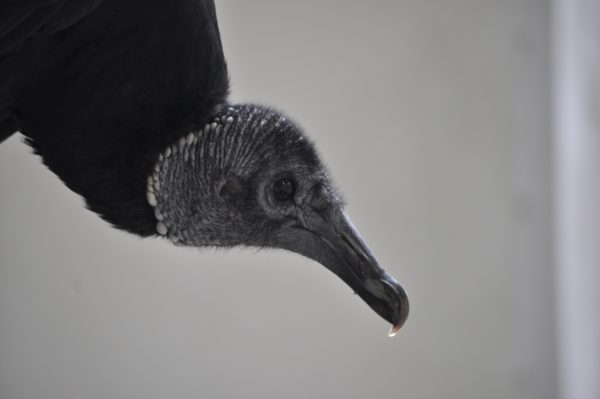 Black Vultures are known for their ability to scavenge on carrion, making them essential to maintaining cleanliness and reducing risk of diseases such as rabies and botulism. Matilda, our Black Vulture, demonstrates this by picking through enrichment objects to find morsels. 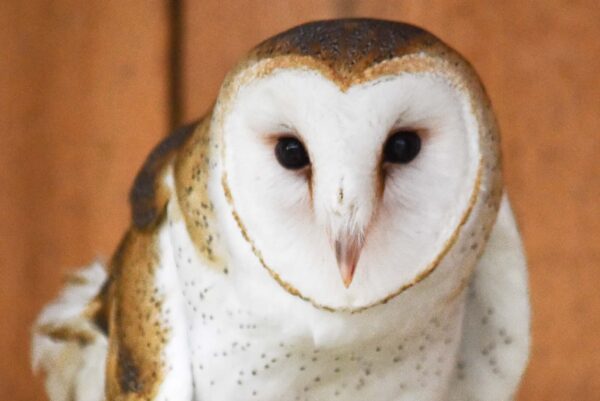 Barn Owls are known for their distinctly heart-shaped faces. Cavity-nesters by nature, Barn Owls are so named because they are often found nesting in barns — indicative of their ability to thrive in a variety of environments. For this reason, Barn Owls are found on all continents except Antarctica. 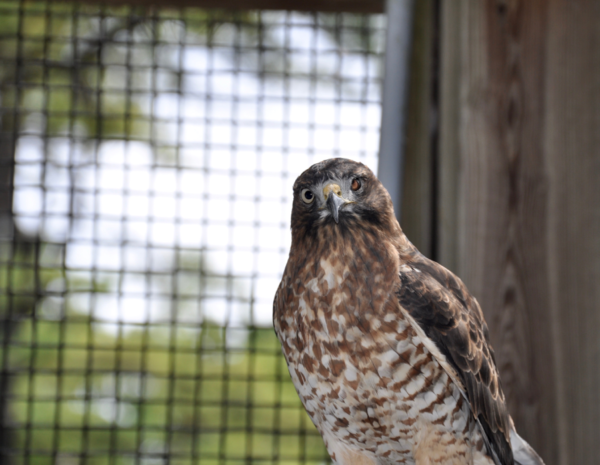 Watch for migrating Broad-Winged Hawks during the months of September and April, forming groups called “kettles” in thermals or slope-soaring along Pennsylvania ridges. This small, stocky species depends on large tracts of forest to breed. 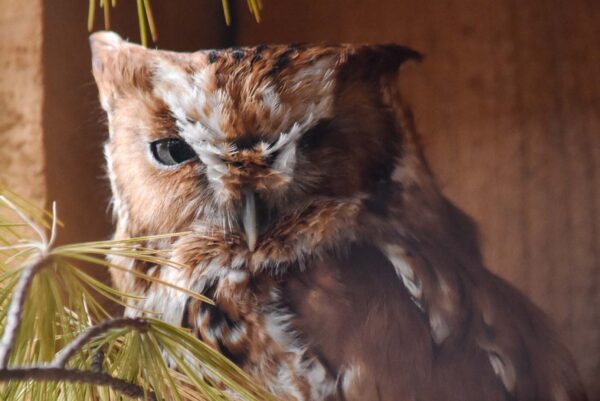 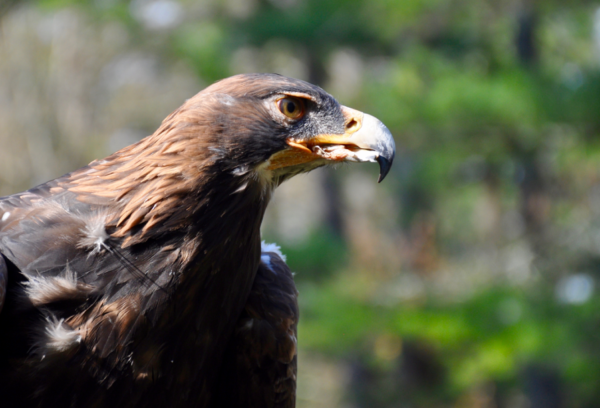 Golden Eagles migrate through central Pennsylvania, but generally when cold, northwesterly winds strike our ridges in late fall and winter. A few winter in rural areas of the state. One of the best place to observe Golden Eagles in the east is just a few miles from Shaver’s Creek on Tussey Mountain.

To learn more about how to observe migrating Golden Eagles, visit our Citizen Science page. 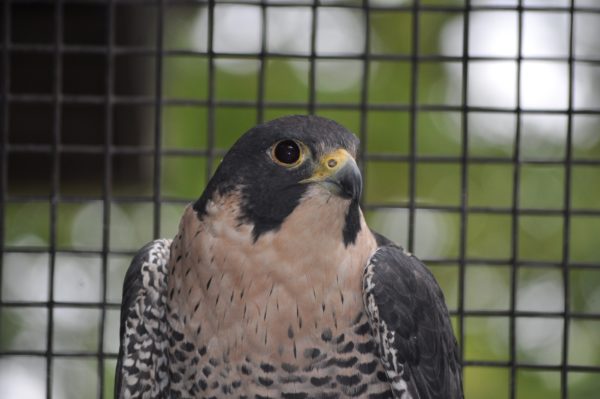 Keep an eye to the sky. Peregrine Falcons are the fastest animals on the planet as they dive at speeds around 200 mph to hunt their avian prey. And along with Bald Eagles, Peregrines are making a steady comeback after the banning of DDT, a harmful pesticide that caused this species to lay too-thin and easily-breakable eggs. Pennsylvania-born scientist Rachel Carson was instrumental in calling attention to the ecological impacts of DDT with her 1962 book, Silent Spring.

Learn more: check out the Peregrine Falcons that nest on the Rachel Carson Building in Harrisburg. 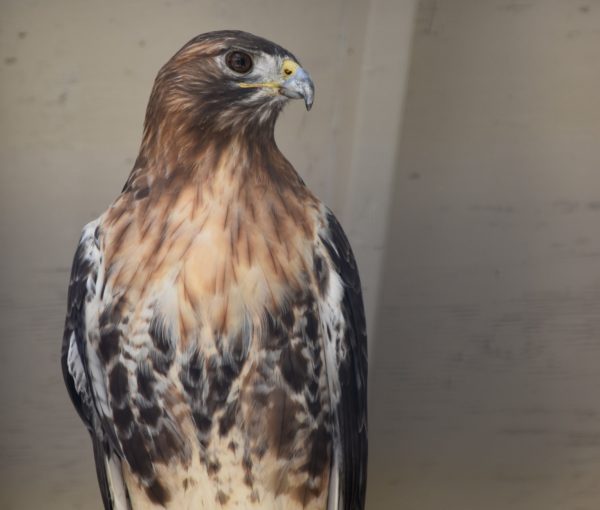 One of the most widespread and successful raptors in North America, they have adapted well to human habitats, including highway medians and cities. Soaring hawks like Red-tails are known as Buzzards on other continents. Like all migratory birds in the United States, they are federally protected by the Migratory Bird Treaty Act of 1918. This makes it unlawful to possess, pursue, hunt, take, capture, or sell birds or their parts (including feathers, eggs, and nests).