Bats are commonly misunderstood as mean or vicious creatures, but they serve a vital role in our ecosystem.

Although there are bats that eat fruit and blood, all species of bats in Pennsylvania are insectivores. At night, a single bat can eat up to 500 insects per hour. This can accumulate to 3,000 insects every night. A colony of bats can eat up to a quarter of a million insects in one night. This includes mosquitoes and other small insects. 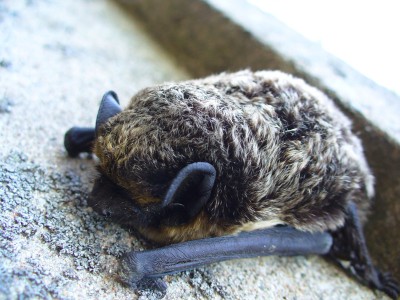 Other common Pennsylvania bats help with pests in agricultural areas because that is where they typically live. They prey on June bugs, cucumber beetles, green and brown stinkbugs, and leafhoppers. Insects like these can cause detrimental effects on farmers’ crops when not managed by bats. The presence of bats can decrease the need and costs of pesticides for crops.

Three other species found in the Northeast are the red, hoary, and silver-haired bats. These species feed on forest pests such as tent caterpillar moths. Bats can be thought of as a natural insecticide. Because of this role, they are an important part in maintaining a healthy ecosystem.

Unfortunately, in recent years, we have seen a population decline in some of these species. The culprit of this decline is a disease known as White Nose Syndrome (WNS). WNS causes bats to act out of the ordinary during the winter months. Bats with the disease will wake up frequently during hibernation and fly around. This action burns up their stored fat reserves, causing them to starve to death. WNS can be seen on bats as a white fungus on and around the nose. Species that have been affected by WNS include the big brown bat, gray bat (endangered), Indiana bat (endangered), little brown bat, northern long-eared bat (threatened), Southeastern bat, and the tricolored bat.

WNS was first discovered in New York in around 2006 and has since spread across the eastern and Midwestern United States. It is estimated that WNS has killed more than 6 million bats. 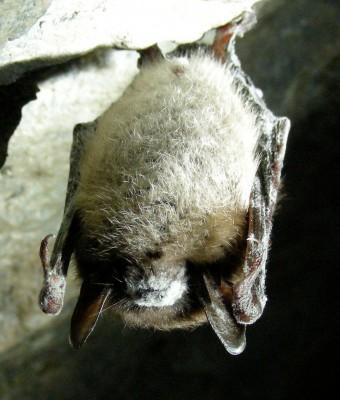 The U.S. Fish and Wildlife Service is working extensively to investigate the source, spread and cause of bat deaths. They are also working towards developing management tools and strategies to reduce impacts of WNS.

Inspired by the efforts of the U.S. Fish and Wildlife Service, I decided to do what I could to contribute to the survival of bats. I chose to build bat boxes for my intern project in hopes of providing a safe place for populations of bats to roost and raise their young. Implementing these boxes may not directly combat WNS, but it does take away the stress of finding a safe roosting area.

I used the official bat box plans from the game commission to make my box. I worked with other interns to construct the box in Shaver’s Creek’s wood shop. After completing the box, we installed it in a meadow at Shaver’s Creek.

Installation placement is just as important to the success of the box as construction is. First, you must find an area that is within 40 yards of a shrub community or treeline. It should also be less than 440 yards from a permanent water source. When siting your box, it is important to make sure it is facing southeast or southwest. This allows the box to get at least 7 hours of sunlight per day. It is also important that the box is at least 12 feet off the ground (on a pole or building). It would also be helpful to the bats to put predator flashing on the pole to prevent predation. A successful bat box can fit around 250 bats inside. With the help of my coworkers and fellow interns, I think that our bat boxes have great potential to provide homes for many bats.

If you are interested in also building a bat box, here are the plans. 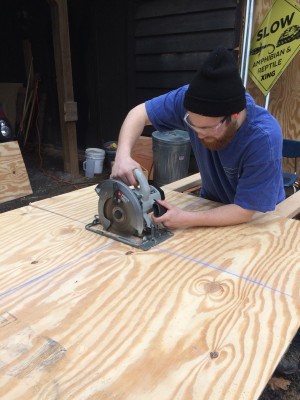 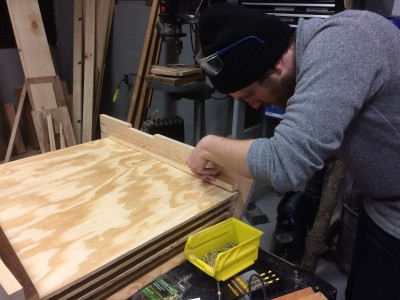 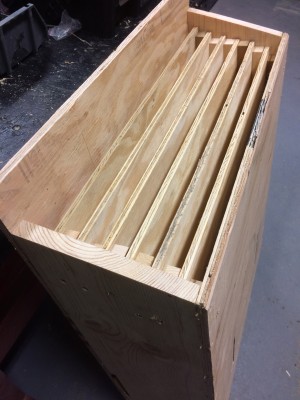 Top of box without roof. 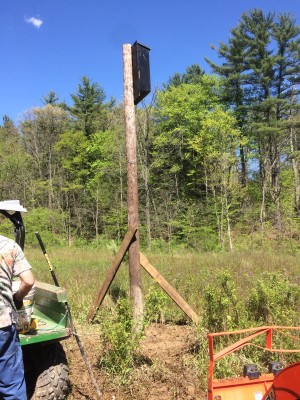 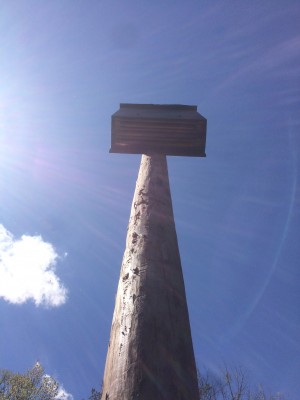 Looking up into the box, where bats will enter. 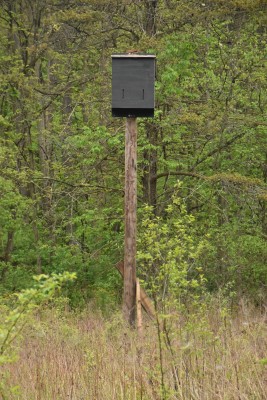