After dusk on a warm summer night in July, a magical and mystic light begins to fill the sky. These lights are a blur and flash, filling the mind with cherished mid-summer memories. Many people across the United States are very familiar with this sight. They may even have caught this magical light in a mason jar and examined the tiny illuminated culprits. Lightning bugs (or “fireflies” elsewhere in the US) are a very unique part of our natural world and deserve a closer look! 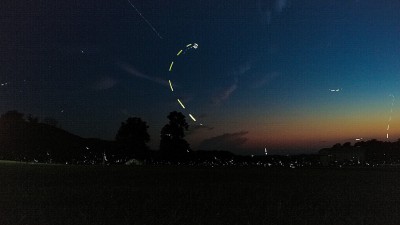 Lightning bugs or fireflies are not actually bugs at all, but rather, beetles. These beetles are usually from 1/4″ to 1/2″ in length with black wings, yellow highlights, and two very distinct red “eye spots” on the beetles’ thorax or mid-section. These beetles don’t just light up the world as adults, but in every stage of their life. The larval stage of the Lightning bug is even referred to as a “glowworm.” Lightning bugs produce their famous glow with a process call bioluminescence. Bioluminescence is an extremely energy efficient means of making light, a chemical reaction involving nitrogen and several enzymes to create that familiar greenish yellow glow. Bioluminescence in Lightning bugs is nearly 100% efficient! This is needed to help the beetles conserve energy for prolonged flights during the mating season. For comparison, the average incandescent light bulb is only 10% efficient, losing 90% of its energy to heat. Lightning bugs use this special ability to communicate and attract mates. They will use the timing of the flashes and flight patterns to determine if the other signaler is male or female.

Aside from a light show and display in the evenings, Lightning bugs are also a wonderful helpers in the garden, feeding on aphids, slugs, and other small insects that you may find near your precious tomato and other vegetable plants. 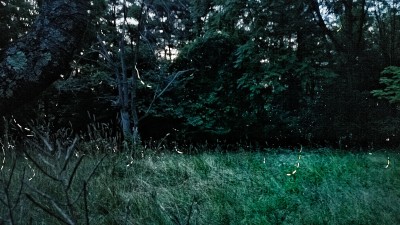 As interesting and inspiring as Lightning bugs are, there has been recent declines of their spectacular displays in recent years. Populations are having difficulty with some natural and human related issues, such as man-made light in suburban and urban areas, and lawn pesticides. The Lightning bug is very dependent on weather and environmental conditions in order for a healthy population each year. Moist springs and moderate warming temperatures leading into the summer help to bring more Lightning bugs out during the mid to late summer months. You can help to protect and foster these wonderful creatures by turning off outside lighting fixtures when not in use, and limiting or even eliminating the use of lawn pesticides.

Other way to help Lightning Bugs is to become a observer for the citizen science project “Firefly Watch.” This study is run through the Museum of Science, Boston, the Fitchburg State College, and Tufts University to track the locations of populations across the United States and Canada. You can find more information, explore data from previous years, and sign up on their website at https://legacy.mos.org/fireflywatch/

All in all we should be appreciative to the Lightning bug and all it does for us. So the next time you see that quaint glow in your backyard, along a field edge, or while camping near a forest glen, just take a moment to see just how much these small beetles can really light up our lives. 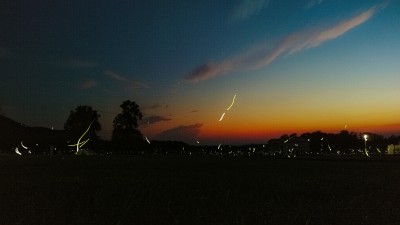